Bank of Canada - held rate and dropped growth forcast for 2019 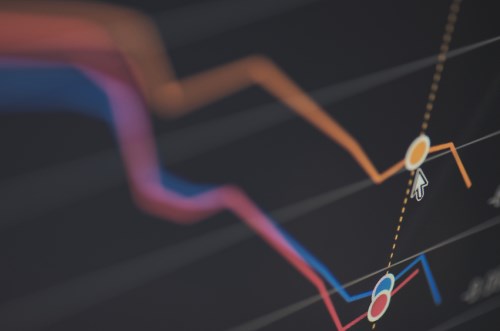 The Bank of Canada is keeping its key interest rate unchanged as it releases a downgraded 2019 growth forecast that includes a prediction the economy nearly came to a halt at the start of the year.

The central bank also appears to be in no hurry to move the interest rate any time soon because, unlike recent statements, the announcement today removed all mentions of a need for future increases.

The decision leaves the trend-setting rate at 1.75% for a fourth-straight announcement -- a pause that followed governor Stephen Poloz's stretch of five hikes between mid-2017 and last fall.

The bank says the economy was operating close to full tilt for most of 2017 and 2018 before a sudden deceleration in the final months of last year, which was largely caused by a drop in oil prices and unexpectedly weak numbers for investment and exports.

In new projections today, the bank is predicting growth of real gross domestic product of 1.2% for 2019, down from its January forecast of 1.7%.

The Bank of Canada is projecting growth of just 0.3% in the first quarter of 2019, though it's predicting the economy to pick up its pace in the second quarter on expectations of stronger housing activity, consumption and business investment.

Back to Main Blog Page

Be in the Know!

We are regular clients of Patrick Mulhern, with good reason. The service we receive, the depth of Patrick's knowledge and expertise on mortgages an..."

I cannot say enough positive things about Patrick and his team. They have led us through the purchase of our home, subsequent re-financing and now ..."

We cannot say enough how grateful we are that we were referred to Patrick for our refinance and new mortgage. Patrick guided us through the process..."

I’m writing this letter to express my gratitude of the work that you and your team provided me over the last few weeks in renewing my mortgage...."

Working with Mulhern Mortgages was an amazing experience. Both Patrick and Candice were so helpful! Not only did working with them save me time sea..."

"Patrick is very customer service driven, focused on getting his customers the best result and always going above and beyond expectations. He is ve..."

Excellent service, great rates and attention to detail. You walked us through everything so there were no surprises at all. We're grateful that we..."

Many thanks to Pat and the team! They came highly recommended as people who take the time to explain the details, in a super friendly way. We've ha..."

We wanted to get a mortgage through our bank but came across your website on the internet. Are we ever glad we did. We saved literally tens of thou..."