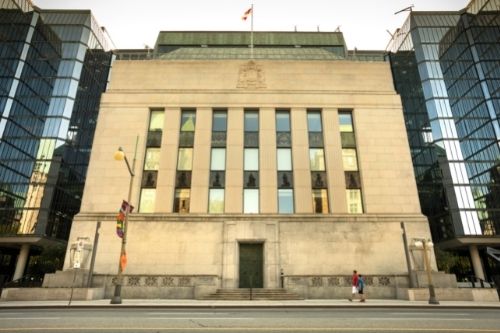 The Bank of Canada has announced in its July statement that it will hold its target for the overnight rate at the effective lower bound of 0.25%, staying the course on its projection that interest rates are likely to begin rising in the second half of 2022.

In a statement accompanied by the release of its quarterly Monetary Policy Report, the Bank rate remained steady at 0.5% with the deposit rate also left unchanged at 0.25%.

The Bank also announced a further tapering of its bond program, reducing its weekly purchases of government bonds to $2 billion – a decrease of one-third.

That emergency stimulus has been scaled back as a result of continuing optimism about Canada’s recovery from the pandemic, with the Bank referring to its “increased confidence in the strength of the Canadian economic outlook.”

In its statement, the Bank noted that while the global economy is recovering strongly from the COVID-19 pandemic, that recovery is still “highly uneven, and remains dependent on the course of the virus.”

It also described the emergence of new variants as a growing concern “especially for regions where vaccinations rates remain low.”

Housing market activity is expected to ease back from historical highs, while the pace of recovery in the labour market is predicted to vary between industries.

The Bank’s Monetary Policy Report indicated that growth should rebound strongly as the economy reopens after COVID-19’s third wave. Growth of around 6% is forecast this year, slowing to around 4.5% in 2022 and 3.25% in 2023.

The announcement on the overnight rate was as low-key as expected, with Canadian Imperial Bank of Commerce (CIBC) deputy chief economist Benjamin Tal having told Canadian Mortgage Professional in the days prior that he expected a “very muted” report.

The Bank had indicated in its April statement that rate increases could be set to come into play in late 2022, a revision of its previous forecast that those hikes would not occur until some point in 2023.

The next announcement on interest rates from the Bank will take place on September 08.

Back to Main Blog Page

Be in the Know!

We are regular clients of Patrick Mulhern, with good reason. The service we receive, the depth of Patrick's knowledge and expertise on mortgages an..."

I cannot say enough positive things about Patrick and his team. They have led us through the purchase of our home, subsequent re-financing and now ..."

We cannot say enough how grateful we are that we were referred to Patrick for our refinance and new mortgage. Patrick guided us through the process..."

I’m writing this letter to express my gratitude of the work that you and your team provided me over the last few weeks in renewing my mortgage...."

Working with Mulhern Mortgages was an amazing experience. Both Patrick and Candice were so helpful! Not only did working with them save me time sea..."

"Patrick is very customer service driven, focused on getting his customers the best result and always going above and beyond expectations. He is ve..."

Excellent service, great rates and attention to detail. You walked us through everything so there were no surprises at all. We're grateful that we..."

Many thanks to Pat and the team! They came highly recommended as people who take the time to explain the details, in a super friendly way. We've ha..."

We wanted to get a mortgage through our bank but came across your website on the internet. Are we ever glad we did. We saved literally tens of thou..."